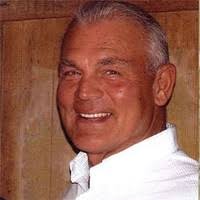 After a short stint in professional football in Denver and Seattle, Jeff Kuhman (UVM ’68) was presented with a very special opportunity in the field of plastics technology from Midland-Ross Corporation Chairman and C.E.O. and University of Vermont graduate, Harry Bolwell (UVM ’49.) With knowledge gained in this rapidly developing field, Jeff founded Glycon Corp. in 1978. (Remember the movie, THE GRADUATE?) Glycon Corp. celebrated its 40th year in business in 2018.

After residing in Denver, Seattle, Toledo and Princeton, NJ, he finally settled in Tecumseh, MI. Presently, Jeff and Joanne spend summers in Michigan and winter in Marco Island, FL.

Through the years, Jeff has served on many boards including hospitals, banks, schools, trade associations and foundations. His proudest accomplishment, however, may be in chairing two successful community millage efforts to build a new high school, a new middle school and to re-furbish all four elementary schools for which he was honored to receive the Outstanding Citizen Award in 1999. In 1997 he was selected as the Small Business Person of the Year in Lenawee County Michigan. He was also elected to both the DeVilbiss High School Hall of Fame in Toledo, OH and the University of Vermont Hall of Fame.

Professionally, Jeff has been a member of the Society of Plastics Engineers since 1970 and received the Ironman Award in 1999. Jeff was also a founding member of the Blowmolding Division and is the holder or co-holder of six U.S. Patents.